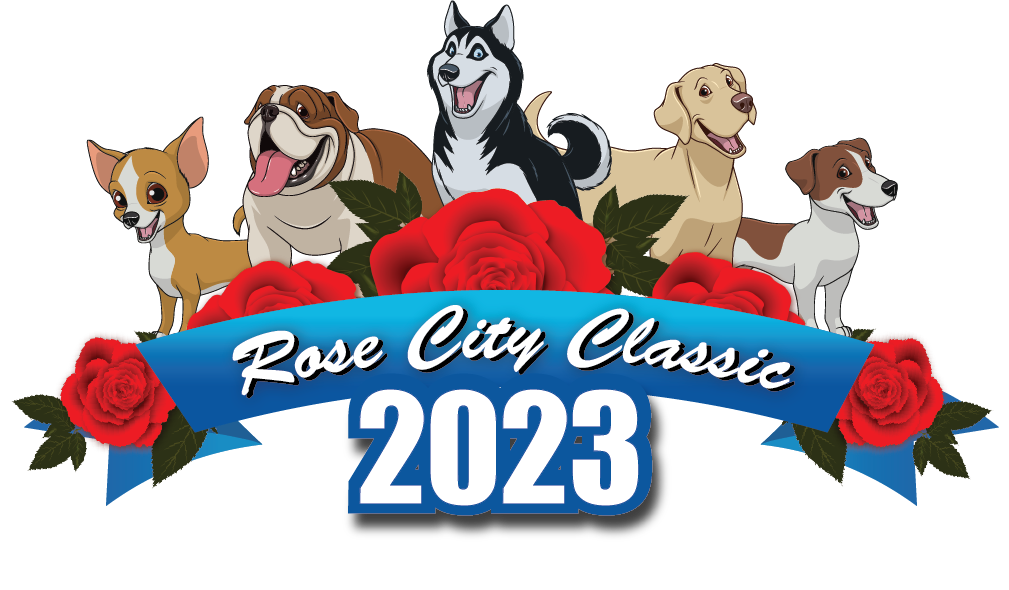 The events offered by AKC clubs vary considerably. The best-known events are conformation dog shows where dogs are evaluated against a breed standard of excellence established by the official AKC parent club for that breed. Breed standards describe elements of breed type, including overall appearance, structure, gait, temperament and many other important characteristics of the breed which are to be preserved. These standards describe many traits including, the proper size, weight, color, coat texture, eye color and expression, structure and movement for a given breed. Most televised dog events feature conformation shows.

AKC clubs also host companion events where people can have fun with their dogs by competing in agility, obedience, and tracking; and performance events for coonhounds, field trials, hunting tests, lure coursing, herding and Earthdog events.

The Rose City Classic is one of the premier events for dogs in the US, hosting conformation shows, obedience and agility trials and a Canine Good Citizen Test. The shows at the Classic are among the largest as well as the best in the US, some years bringing nearly 4,000 dogs to Portland in January. Most of these dogs compete in conformation, but the Rose City Classic is also home to first-rate obedience and agility trials.

Conformation
Conformation dog shows focus on evaluating breeding stock for the purpose of preserving and improving purebred dogs. Conformation dog show competition comes in 4 varieties based on the types of kennel clubs that host them. There are national breed specialty clubs focusing on a single breed, like the American Bloodhound Club; regional single breed specialty clubs such as the Columbia Poodle Club; group clubs for breeds belonging to one of 7 AKC groups (Sporting, Hounds, Working, Terriers, Toys, Non-Sporting and Herding Groups), such as the Mount Rainier Working Dog Club; and all-breed dog clubs like Dog Fanciers Association of Oregon and the Tualatin Kennel Club.

The underlying goal of all AKC purebred dog events is to preserve and advance purebred dogs. The best known AKC dog events are conformation dog shows where breeding stock is evaluated. In this venue, dogs are graded according to how well they conform to individual breed standards that have been established over many years by breed experts and approved by the AKC parent club for each breed. Breed standards describe distinctive elements of breed type, including overall appearance, structure, gait, temperament and many other important breed characteristics.

Dogs with a high degree of conformance are awarded points toward their championships. Ones that earn 15 championship points including two major wins (major wins are ones earned at shows where there is significant competition in the breed) are awarded the title of AKC Champion. Dogs that earn a championship are considered for use in breeding programs aimed at breed improvement, the goal of breed enthusiasts who participate in dog shows.

Dog show judging doesn’t end with the awarding of championship points, however. The highest award given in breed competition is to the dog or bitch awarded Best of Breed. This can be awarded to a class dog that is entered in the show in order to win points toward a championship, or to a dog that is already a champion and entered in the Best of Breed (sometimes called specials class) with the hope of winning Best of Breed and being able to compete in his Variety Group and perhaps, even in Best-in-Show. Here’s a diagram to help explain how dog show competition works.

As you can see, dog show judging is a series of elimination rounds. There are many exciting wins along the way, but at the end of the day, only one dog can be named Best in Show. This is the highest honor that can be won in breed competition at an AKC dog show, an accomplishment that many dedicated breeders spend a lifetime working to achieve. Best in Show not only recognizes outstanding breed type and overall quality and soundness, but it also recognizes the working partnership between handler and dog and the special presence some dogs have called showmanship.

When people refer to dog shows, they are usually referring to the conformation part of the show. That makes sense because breeding for high quality, sound, and healthy purebred dogs is the basis for every other aspect of the sport.